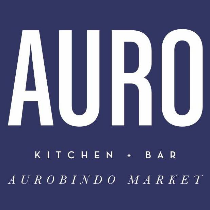 Fatima Hajji has led the dance music scene for nearly two decades now. Step by step she has managed wisely to establish herself as an artist, not only in Spain but also in the rest of Europe. To name some festivals (from a longer list) where she has performed: Awakenings, Decibel, Free Your Mind (The Netherlands); Tomorrowland, Liberty White (Belgium); Nature One, Tanz der Basse, Toxicator, Electric City (Germany); Monegros, Electrobeach, Aquasella, Medusa, Electrosonic, Weekendbeach, 4Every1 (Spain); Eco Festival (Slovenia), Elektrobotik (France), Opera (Italy) ... It is also impossible to ignore she has been on the decks of clubs like the legendary Tresor (Berlin); Florida 135, Fabrik, Row 14, La Riviera or Industrial Copera in Spain; Inox Club or La Villa Rouge in France; Factory 010 and Depot in The Netherlands. Woodstock, Brancaleone or Cube in Italy… Fátima has travelled many countries as you can imagine: Czech Republic, Belgium, Portugal, Ireland, Venezuela, U.K., Croatia, Brazil, Colombia, Bosnia, Slovakia, U.A.E, Serbia, Sweden, Romania, Peru and many other.

Growing up on an electric diet of Techno & House, Bisector is hard to pin down musically, starting at an Early age of 18, It took only a few years for him to find his strongholds. Now a regular fixture at SHC club scene Bisector has shared the stage with well known artists such as Gab Rohme, Mind Against, Turbanraga, Raedl , Film, 9lives & 2018 looks to be a busy year for him as continues to work on making more music.
The minimum age for entry at Venue is 21 years. Tickets are for Entry only. Seating inside the venue is subject to first come first serve basis. Tickets are subject to price change Please carry a valid ID proof along with you. No refunds on purchased ticket are possible, even in case of any rescheduling. Security procedures, including frisking remain the right of the management. No dangerous or potentially hazardous objects including but not limited to weapons, knives, guns, fireworks, helmets, lazer devices, bottles, musical instruments will be allowed in the venue and may be ejected with or without the owner from the venue. The sponsors/performers/organizers are not responsible for any injury or damage occurring due to the event. Any claims regarding the same would be settled in courts in Mumbai. People in an inebriated state may not be allowed entry. Venue rules apply. The tickets purchased for any of the food packages are non-refundable. The tickets purchased for any of the food packages can only be used for that date. Only food items mentioned in the package can be availed. The Quarter holds the right to substitute any food item if unavailable in stock. A receipt of the purchased ticket has to be shown at the counter upon entering to avail a coupon for the same. The tickets for the food packages can ONLY be bought online. Audience: ALL