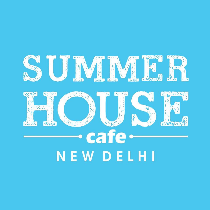 Hailing from New Delhi, Hamza has attained a reputation as a pioneer of the house scene in India and one of the more innovative and exciting producers today. Hamza’s diverse international sound is influenced from his strong musical background as well as growing up in India and traveling the world, living in Paris, Boston, and New York. Early in his journey, exposure to renowned house DJs such as Terry Francis, Dave Mothersole, DJ Heather, and Danny Teneglia inspired Hamza to create his own electronic dance productions. Soon he found a unique style of house music combining deep, tribal, and funky sounds with strong world music influences.

Manu Idara [WindHorse Records]
Manu Idhra has been featured by big names from the World Dance Music scene such as: Sandy Rivera, David Penn ,Carlos Manaça , Paul Jays, Luca Ricci and many others. The first thing that you’ll notice is that, with a simple search, you will access to the full spectrum of Manu Idhra, one of the most successful percussionists in the world on the dance music.

Hailing from New Delhi, Hamza has attained a reputation as a pioneer of the house scene in India and one of the more innovative and exciting up-and-coming producers today. Hamza's diverse international sound is influenced from his strong musical background as well as growing up in India and traveling the world, living in Paris, Boston, and New York. Exposure to renowned house DJs such as Terry Francis, Dave Mothersole, DJ Heather, and Danny Teneglia inspired Hamza to create his own electronic dance productions. Soon he found a unique style of house music combining deep, tribal, and funky sounds with strong world music influences.

At the age of 27 Hamza has already worked with some of the biggest names in world music. These artists include Punjabi icon Jasbir Jassi and David Hykes, the only western vocalist specializing in sacred Mongolian chants. Besides these artists, Hamza has also worked with Taz from Stereo Nation, the largest selling Indian pop fusion act ever.

To further nourish this growing production repertoire, Hamza has set up his own label Wind Horse Records. While in New York, Hamza did his Masters in Music Business at New York University, which gave him a very strong foundation and insight into how to creatively promote his own music. Wind Horse Records, the first Indian house music label, is a major part of that vision. Hamza has recently launched the label with his own Sufi Soul EP, containing three original world music influenced house music jewels. The Sufi Soul EP's vibrant, tribal sound earned the notice and accolades of many new fans including Dubfire (Deep Dish), Peter Kruder (Kruder & Dorfmeister), Richie Hawtin, Quentin Harris, and Tom Findlay (Groove Armada).

Hamza is also a top notch DJ, bringing his fresh sound to dancefloors from New York to Portugal, Boston to Hyderabad, Paris to Pune. His sets typically start with his signature deep house sound, heavily influenced by Latin/Afro/World flavors, before developing into powerful tribal and deep, tech-house influenced beats perfect for the peak time. Hamza's unmistakable style, combined with many of his own productions, create memorable DJ sets that turn many clubbers into instant fans and followers.

Currently Hamza is working on expanding his base in New Delhi to include regular stays in Europe and North America to allow for global partnerships and yearly DJ tours in different parts of the world. His vision is unstoppable, as Hamza has recently formed two different live acts with two different percussionists: Jasu Khan, a famous Rajasthani percussionist, and Manu Idhra, a Portuguese master of dance music percussion. Hamza has already taken this act on the festival circuit with an acclaimed performance at the Elektron Festival in Switzerland with percussionist Latif Khan playing Morchang and Khartal. Future performances will include even more musicians as well as dancers creating a truly unique performance atmosphere.

As for Wind Horse Records, a dozen releases have appeared thus far and the label’s world-wide audience is growing considerably. An EP recorded with David Hykes has been released, as well as Hamza EPs featuring fantastic world music artists such as Yungchen Lhamo of Real World Records and female Indian classical maestro Sunanda Sharma. Wind Horse will also be including remixes from highly regarded producers from the west like Presslaboys and Amit Shoham. In addition, Hamza has started working with labels outside of Wind Horse, contributing tracks and remixes for the likes of Kompakt, Open Bar, One Thirty, and Clubstar. To help people keep up with all this musical activity Hamza has launched the WHR Podcast Series which will feature a monthly mix from the headquarters of Wind Horse Records.

Hamza has established himself as one to keep a close eye on in the house music scene. With his impressive list of past and upcoming projects as well as fiery worldwide DJ performances Hamza is quickly becoming an important and influential talent in his own right. Through Wind Horse Records and his inventive east-west fusions Hamza is working to bring the world closer to his listeners, one beat at a time.