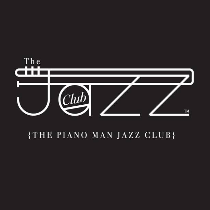 The Shonai Collective is a project which is basically a collaboration with different musicians. Shonai, had started the journey of this collective in 2016 as a trio with he himself on Piano and two very talented musicians from Kolkata, Premjit Dutta (Drums) and Aakash Ganguly (Bass).

The first project saw them releasing two of their own compositions in a compilation album (FOXTROT V2) with a few selective bands playing original improvised music. This collective had a successful album launch tour across the country and their tunes were well received everywhere.

In 2017 they did a series of gigs in Delhi as a quintet with two very efficient horn players Rie Ona (alto and tenor) and Fabio Carlucci (trumpet). They also took part in a Jazz festival called GIANTS OF JAZZ. The idea of this project of collaborating with various artists from different places and performing together continued when Shonai shifted his base to Delhi. This time he has collaborated with three other very talented musicians to continue his journey with his collective. They are Sofia Hoffmann (voice), Ekaterina Aristova (upright bass) and Aditya Dutta (drums).

The sound can be best described as a mix of groovy funk, traditional jazz, blues and pop. Apart from their own compositions they cover a few Bebop, Jazz standards and a few popular tunes too. This collective has developed its unique sound and it can be found in the arrangement of their compositions and rearrangement of the popular tunes they cover.
---

Sofia Hoffmann sings jazz & bossa nova. Sofia presented her original songs in 2017, based in the world music and jazz styles.

It all started with the bisel flute, with the choirs, with the German and Brazilian records, which she listened to for hours! Enthusiastic about the versatility of the classic guitar, Sofia started to learn it in 1995, and studied it during 4 years with the Prof. Walter Lopes. Sofia played in concerts together with her Teacher at the Superior School of Music of Almada, at the CCB and the Queluz Palace. In parallel, during high school, Sofia started to sing and to compose original songs with her closest friends, and the band performed in several events, being already renowned in Estoril and Praia da Rocha (Algarve) for its original themes composed by themselves.

Between 2001 and 2002, the stage was at MesaCais in Lisbon, where Sofia sang pop standards. In 2006, after moving to Milan, Sofia had the opportunity to learn more about jazz with the Italian Singer and Teacher, Laura Fedele. Back to Lisbon in 2009, Sofia directed her work to jazz and bossa nova. Currently, her regular perfomances take place in Lisbon, including the Casino do Estoril, Duetos da Sé, Jardim das Amoreiras Kiosk and the Pestana Palace Hotel private events. Sofia also performs in private concerts and events.
---

Based in Delhi doublebass/bass guitar player, originally from Saint-Petersburg, Russia, Ekaterina finished music school as a classical piano player. She then graduated from the M. P. Musorgsky's Saint-Petersburg State Music College as a doublebass/bass guitar player and music teacher, and high-graduated from Saint-Petersburg State University of Culture and Arts as a jazz performer on a doublebass/bass guitar, participant/leader of modern music/jazz bands and orchestras, and music teacher of modern music and jazz. She has also learnt art of improvising, arrangement and performing with jazz orchestras in special workshops in Bayerisch Musikakademy, Marktoberdorf, Germany and has trained in the theory of jazz music and improvising at the workshops of the legendary American piano player Barry Harris.
---

Aditya Dutta is a professional drummer based in Delhi. He is a part of The Piano Man house band for the Sunday Musician Mixers. Performing and collaborating as a sessions drummer in the Delhi independent music circuit for the past 1 year, he has actively played with Rainer Pusch (Germany), Karan Khosla Trio, Aditi Dot., Rythem Bansal, Rie Ona (Japan), Ipshita Roy and various other musicians and acts from the city. His influences range from Jazz, Funk, R'n'B, Soul, Swing to Indian classical Music. He also serves as the drum faculty at various music schools across the city and actively provides private lessons to people keen on learning drums.
---

Born in a musical family, Shonai began tabla training at a tender age of four. His Piano training started much later in his musical journey. After a year of studying, in 1997 he became a graded junior artist of All India Radio and started performing/recording in a program called Calling All Children. He continued learning western classical music in piano till he got introduced to the world of jazz and its musical concepts and theory.
He started taking Jazz lessons from city Pianist Mr. Andrew Gracias. His professional career started when he joined Oberoi Grand Hotel as a solo pianist. He joined Blue Mist, a pop band from the city. He soon started working as a sessions musician, dabbling in various different styles like Latin, funk, pop and jazz.
His major break through happened when he got an offer to perform with legendary Bebop musician Mr. Carlton Kitto. He performed with the Carlton Kitto Jazz Ensemble for several years until the guitarists' unfortunate demise. Shonai has performed in and out of town and around the country with different bands and artists. He is currently part of the Piano faculty at the Calcutta School of music. He has worked in the Kathmandu Jazz Conservatory as a guest piano teacher.
He has recently started working with a Trio and on his own material. Recording has started and he plans to travel with the music. Watch this space!