Facebook Is Finally Putting Music Back Into Social Networking 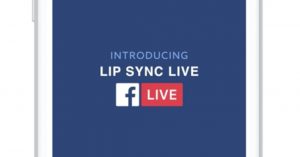 Facebook has finally made its move in music. The social media giant, which boasts more than 2bn monthly active users, has announced that its users can now legally upload and share UGC videos which feature licensed music in selected markets.
In a blog post, Facebook’s Tamara Hrivnak, Head of Music Business Development & Partnerships, and Fred Beteille, Head of Product, Music & Rights, revealed, “From weddings and holidays to everyday celebrations, the special moments in life are often ones we associate with music. Together with the music industry, we are working to enable people around the world to include music in their videos on Facebook, opening up more options for creativity and sharing memories with friends and family.
And that’s not the only music-related news from Facebook today. The service has also announced the launch of ‘Lip Sync Live’, which sounds very much like a direct rival to karaoke app Musical.ly.
The likes of Universal Music Group, Sony/ATV, Kobalt, SESAC/Rumblefish, Warner Music Group and more have signed multi-territory music licensing deals with Facebook over the past year.
Source: Musicbusinessworldwide.com 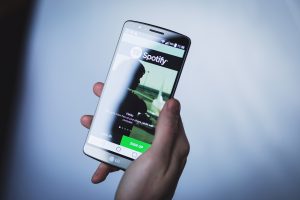 Spotify has been a worthy competitor for Apple Music since the start. However, Apple arguably has the edge with artists and music labels because of the tight relationships Eddy Cue and Jimmy Iovine have with industry leaders.
Now, Spotify is reportedly looking to change that by making its own deals with artists and their managers, effectively cutting out the middle man.
As reported by Recode, Spotify has begun licensing a handful of songs directly from artists and their managers, as opposed to going to the music labels for access. Spotify is reportedly paying advances of “several hundred thousand dollars” for a collection of tracks. Spotify declined to comment on the matter.
It’s important to note that Spotify won’t specifically say they’re trying to cut out the music labels as they still depend on them to stay in business. However, it’s clear that Spotify is testing and working on ways to mitigate music labels, putting more money in their pockets that could potentially heighten the experience for users.
Notably, Apple Music just saw its first major shift under new head, Oliver Schusser, with a new publishing division.
Source: 9to5mac.com 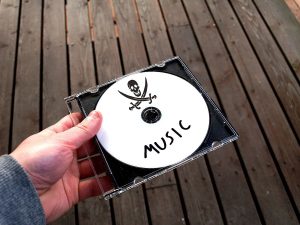 Some 60% of consumers admit they have streamed or downloaded illegally shared movies, TV shows, or music — and at least half of them realize it’s wrong.
That’s according to a recent survey of British adults conducted by Muso, an antipiracy tracking and consulting firm, which found 53% of users of piracy services agree that accessing such content is wrong.
So why do people do it anyway? Around 35% of pirated-content users cited cost. But 35% also said they turn to illegal services because the content they want isn’t available on services or TV channels they subscribe to. And 35% said the content is not available through legitimate sources in their country (in this case, the U.K.).
And check this out: Of those who admitted to accessing pirated material, 83% claimed they try to find content through legal avenues first, according to Muso’s survey. About 91% of those who admit to accessing illegally shared content said they pay for a subscription service such as Netflix, Amazon Prime Video, Spotify or Apple Music.
The results should be taken with a grain of salt. First, the behavior is self-reported, and people don’t always accurately or honestly respond on such surveys (especially when it comes to illegal activity). Muso conducted the survey of 1,000 U.K. adults via CitizenMe, an app that gives users cash for completing questionnaires.
Source: Variety.com

This year, Mixcloud hosted the fifth edition of its Online Radio Awards. With submissions opening in April, the winners have now been chosen and announced. Featuring 29 categories, each segment is judged by a publication or partner. Crack Magazine were on board to host the Rising Star category this year, and katbrownsugar is this year’s winner.
katbrownsugar’s idiosyncratic mixture of sounds is a summery blend of R&B, afrobeats, soul and hip-hop. Her sonics contain the versatile ability to soundtrack those moments winding down or dancing.
The awards show celebrates independent radio and provides emerging artists and broadcasters with a platform. Featuring 29 categories, Mixcloud introduced the Listeners’ Choice Award category for the first time this year. DJs, radio presenters, podcasters and stations were able to nominate themselves for the award, and fans were encouraged to nominate their favourite artists or personalities for the shortlists.
Source: Crackmagazine.net 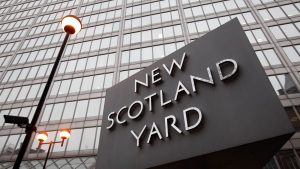 A title card is the first thing you see in the video for “They Ain’t 100,” a song by the British rapper Fredo — which reads: Disclaimer: The content in this video is an expression of art and should not be taken literally. K-Trap’s “David Blaine” opens with a similar prologue: All characters in this visual are entirely fictional. The events that occur are purley [sic] symbolic and should not be taken literal. The video follows up with an audio repetition of the warning.
The warnings are these rappers’ insurance against claims by law enforcement in Britain that their genre of rap, called drill — the popularization of which is largely attributed to the rapper Chief Keef and which was seized on by British youth, driving an explosion in that country — has been a contributing factor in a metastasizing, upward trend of violence there.
“Sadly, I have had to look at quite a lot of drill music,” Metropolitan Police Commissioner Cressida Dick, London’s highest-ranking police official, said in an interview on May 18. “You can access it, sadly, very easily … Very quickly you will see that these are associated with lyrics that are about glamorizing violence — serious violence, murder, stabbings, they describe the stabbings in great detail, with great joy … But most particularly, it is often — we have gangs who make drill videos and in those videos they taunt each other and say what they’re going to do with each other.” A “gangs database” established by the Metropolitan Police, which lists among other things the music taste of those in it, was called “deeply flawed” by Amnesty International last month.
Source: NPR.org

Written By
SkillBox Staff
More from SkillBox Staff
As musicians, we all want to focus on creating music and perfecting...
Read More